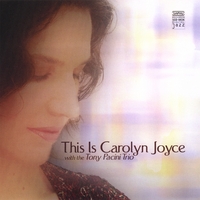 Emmy Award-winning composer and pianist Vince Frates has established a diverse career in television and film music. Among his credits are TV themes, sound tracks, film trailers and promotional advertisements of every stripe.

As a composer for Nonstop Music, Vince has written music for ABC, CBS, NBC, ESPN, RTL and CNN as well as Disney, Dreamworks, Warner Brothers, HBO, and Universal.  His compositions have been used as themes, underscores and promos in video productions heard around the world.

Vince keeps his fingers moving by playing with many fine players that reside in his hometown of Portland Oregon.  He enjoys playing keyboards with singers, ensembles and as a soloist.

COVER CHARGES apply when Wilfs features live music in our bar area – Wednesday – Saturday, 7:30-11:30 pm. Quite simply, the cover charge is paid directly to the artists that you are enjoying each night at Wilfs. When you join us for drinks or dinner and plan on leaving before the music starts, we won’t ask for a cover charge. That does not mean you can come early and avoid paying the cover – we want to make sure our musicians are paid for their performance. If you have any questions, please don’t hesitate to ask your host or server.